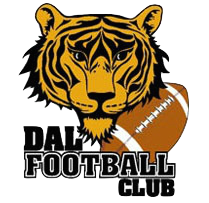 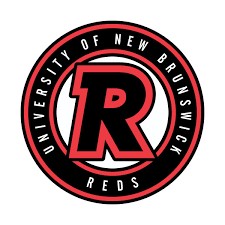 The UNB Red Bombers picked up their second win of the season Saturday at home against the Dalhousie Tigers.  It was an exhilarating back-and-forth affair that saw both teams put up a combined 91 points in a game where the game-winning score came within the final 25 seconds of play.  “We had an idea that they would be very productive on offense,” said Bombers head coach and offensive coordinator Vince Sturgeon. “They’re a well-coached team. They’ve got some really talented players, so we were prepared for that eventuality.  You always hope that you’ll be a little tighter on defense, but guys made a couple big plays at the end and we’ll build on that”.

The Tigers jumped out to an early lead in the first quarter, scoring on a 22-yard touchdown pass on their second possession of the game.  After shutting down the Bombers’ offense near midfield, Dalhousie punt returner Cairo Berry weaved his way through the UNB punt team all the way to the endzone, bringing the score to 14-0 in the Tigers’ favour.  UNB answered on their next offensive series, a drive that saw runningback Dylan Waugh carry the ball seven straight times for 66 yards and a touchdown.

Much like in their previous game against Holland College, the Bombers’ offensive line dominated the defensive front, allowing Waugh to easily eclipse 200 total yards rushing.  “I don’t mind putting the team on my back,” said Waugh after the game. “I think we set up the run game so that we can pass, but I can’t just take all the credit. The O-line gives me too much credit, but they’re doing a hell of a job.  Best O-line I’ve played with for sure.” Waugh scored three out of UNB’s six touchdowns and broke off multiple runs of 20-plus yards throughout the contest.

The Bombers also benefitted from a big game from its receiving corps.  Rookie sensation Jackson Green torched the Tigers’ defensive secondary all game long, catching a 7-yard touchdown pass from quarterback Jonah Rawlines to cap off UNB’s first drive of the second quarter and then following it up with a 32-yard catch that brought the ball 16 yards from the endzone the following series.  After the victory, Green stated, “I’m feeling pretty sore but it’s all worth it in the end, it’s all worth the pain. I did it for the guys.”

Down 45-38 with less than 1:30 to go in the fourth quarter, Rawlines once again connected with Green on a deep ball that took the Bombers’ offense from their own 27 yard line to Dalhousie’s 41.  After a 3-yard run by a visibly-exhausted Waugh, Rawlines completed two consecutive passes to receiver Jake McKay, resulting in McKay’s second touchdown of the game—the first one coming on a third down  in the third quarter that saw McKay complete a diving catch in the endzone. It was with 22 seconds left in the game that Rawlines and Green linked up for the final time for what was undoubtedly the most important and most astounding play of the game.  Rather attempt the 1-point PAT that would tie the game at 45 points apiece and most likely send it to overtime, coach Sturgeon opted to go for the 2-pont conversion and take the lead, risking a loss if unsuccessful. Rawlines took the snap from the shotgun formation and, finding no one open, rolled to his right before evading multiple pass rushers, shuffling back to his left, and throwing a strike deep into the endzone where Green would catch it inches above the ground.

“I had to do a curl route in the endzone, so I was waiting for it,” stated Green.  “I didn’t see the ball come out over the O-linemen, which was weird. Then I just heard noise and I didn’t see anyone get tackled.  Jonah started rolling out, he cut back, he broke a tackle, so I faked one way and went the other way. The guy got off me, I opened up my hands and he threw it low.  I had to dive for it and I just tried my best to catch it and ended up grabbing [the ball].”

“It was a back-and-forth game,” said coach Sturgeon.  “We figured whoever had the ball last was probably going to win and I didn’t want to take a chance in overtime.  Our guys were getting tired on defense, our guys were getting tired on offense and at this point in the year I thought we’ll show some faith in the guys to finish.  It’s the kind of thing where if it works we look really smart and if it doesn’t, we’re the goats but we got a little bit lucky on a good scramble play by our quarterback and a great catch by Jackson.

The 2-0 Bombers will host UNBSJ next Saturday at BMO Center for their homecoming game.

Other matches in this round